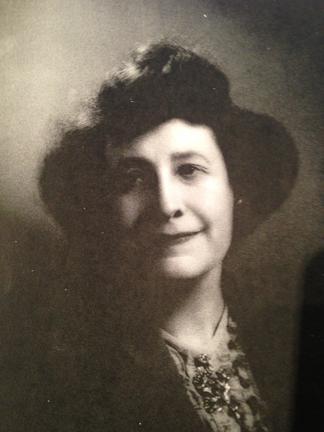 Mrs. Helen Wood Bauman, C. S. B., received her early academic education in the schools of St. Joseph, Missouri, where she studied music. Later she pursued her musical study in Boston and  London. She also taught music for twenty years.

Mrs. Bauman became interested in Christian Science in 1918 while serving in the United States Army Nursing Corps which she had entered as a student nurse. She served for only a few months. A short time after her release she began attending services in the Church of Christ, Scientist.

She became a member of The Mother Church and of First Church in St. Joseph in January 1920, and had class instruction with Judge Clifford P. Smith in August of the same year. Included in the many capacities in which Mrs. Bauman served her branch church are those of Second Reader, member of the executive board, teacher in the Sunday School and organist.

She became active in the practice of Christian Science in 1932 and was listed in the Journal as a practitioner in August of that year.

In acting on Mrs. Bauman's request to retire, the Board of Directors said, "No conventional words of tribute or salute can
adequately express our deep sense of appreciation and gratitude for the many blessings her spiritual insight and unselfed work have brought to her colleagues here in Boston and to readers of our periodicals everywhere. She has occupied her editorial post longer than any of her predecessors but has never faltered in her demonstration of the inexhaustible availability of fresh, vigorous ideas. Her editorials have consistently combined clarity and precision with warmth and compassion. They have won her the affection and respect of the whole Christian Science Field. She will continue to have our loving support in her service to our movement as an active teacher and practitioner in Christian
Science" (The Christian Science Journal,  July 1970, 88:377).


In 1963 Mrs. Bauman was elected President of The Mother Church. Speaking before the Church's annual meeting, Mrs.
Bauman said:

"Intense interest in technological skills and human inventions is again tending to divert thought from God, -- and neglecting to give Him credit for a great release of mental energy."

"Instead of indifference to God, men should be finding Him as the center and circumference of their being, the source and fulfillment of their honest aspirations."

Mrs. Bauman then called upon church members to:

"Help the world in its struggle against the atheistic materialism that defies mortals. The self-centered, human-centeredtendencies must give way to a diviner energy, to an energy that Christianity holds within itself, always drawing men back to the simple teachings that make Deity, the focal point of love and interest. Such worship acknowledges God as the only source of intelligence and skill, and inspires men to love Him with all the heart and soul and mind and strength.

"The God-centered thought is constantly refreshed at the fount of intelligence and love. When God is fully understood as underlying all constructive developments, when he is seen as sustaining all progress, then will all men delight in turning to Him.

"All that is worth possessing, worth pursuing, worth expressing must be linked with the one creator, the one center and circumference of being, with the God who demands our love."

(The above quotes taken from press releases at the time.)

Helen Wood Bauman will be the next second generation Christian Scientist that we will research. We'd love to arrange any interviews, receive any information, photos, letters, or names of contacts who may have known Mrs. Bauman -- that may help us in our research -- please feel free to contact Darrel at 949-702-3799 or email him at: darrel.dorr@cox.net.