The Effulgence Foundation is an independent historical institution dedicated to the preservation of the history of early workers in Christian Science.

Many have asked the question, "Isn't the Longyear Museum already doing this?" Longyear's mission focuses on Mary Baker Eddy (the Discoverer, Founder, and Leader of Christian Science) and the workers who actually knew her. Our specific focus is on the second generation of Christian Scientists who did not have direct contact with Mrs. Eddy. Through various programs that both inform and inspire, we want to bring to light a clear sense of those second generation workers who selflessly served the movement and carried on the teachings of Christian Science.  Our goal is to achieve excellence in presenting their history, and to unfold through this history the deep spirituality and love for Mrs. Eddy that elevated their lifework.

In fact, our films illustrate the moral and spiritual character that was demonstrated in their lives as they followed the teachings and healing works of the Master Christian, Christ Jesus, and the teachings of Christian Science as given in its textbook, Science and Health with Key to the Scriptures, by Mrs. Eddy. They have some amazing stories to tell that are heartwarming and surprising.

We’re both inspired and challenged by this mission – and trust that you will be, too! The Foundation is open to all, and we cherish sharing our research with those who are interested. 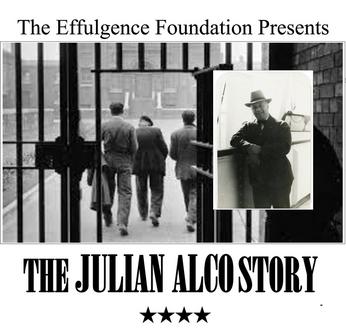 Welcome to our site!

The Julian Alco Story made it's world premiere September 19. 2021 with the largest streaming audience in the foundation's history.  Filmed on location at Arden Wood and San Quentin Penitentiary, the film has received excellent reviews and now will be touring the country giving presentations at churches, nursing centers, colleges, reading rooms, libraries and civic centers.